Tea Party Express is considered the largest and most successful political action committee within the Tea Party movement. Tea Party Express began as Our Country Deserves Better Committee, which began its rise to prominence during the 2008 election cycle when John McCain tapped Sarah Palin as his vice president pick. OCDB aired hundreds of thousands of dollars in television advertisements for Governor Palin, including a “Thank You Sarah Palin” ad campaign to help promote her conservative voice in America. 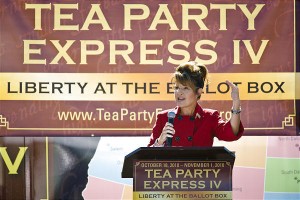 The enthusiasm for the Tea Party movement became obvious to the OCDB team when supporters not only funded the “Thank You Sarah Palin” campaign, but also voiced their desire to keep the organization active by opposing Barack Obama’s radical policies. A poll was commissioned asking supporters if OCDB should take the fight to Obama, and an overwhelming 97% of respondents replied with a “yes.”

As the Obama Administration took shape, the President’s controversial appointments, combined with his big government, quasi-socialist policies that accelerated deficit spending, deeply shook the confidence of the American people. The frustration many had with the President and Congress grew to become a powder keg, waiting to explode. 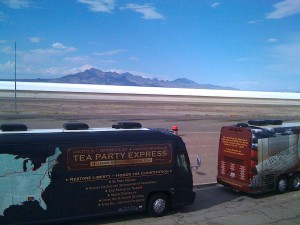 The fuse was lit on February 19th, 2009, when CNBC’s Rick Santelli launched his iconic rant that called for a retro Tea Party movement that would redirect the country onto a path for a new prosperity. Inspired by this rant, OCDB launched Tea Party Express with the mission of galvanizing Americans who sought a return to the Constitutional principles the country was founded on, but felt the void of leadership among politicians and the political parties.

Tea Party Express immediately joined with Free Republic and co-sponsored a Tea Party rally the next week at the California State Capitol. Even though it was only days in the making, hundreds of people attended, passionately determined to find a way to get America back on track.

One of the unique roles that Tea Party Express has played in the Tea Party movement has been its impact on elections. Tea Party Express first became involved in elections by backing conservative Doug Hoffman in his challenge to defeat DeDe Scozzafava in the race for NY-23. 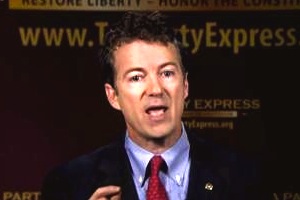 Tea Party Express also played a prominent role in Scott Brown’s victorious campaign for U.S. Senate in Massachusetts over liberal stalwart, Martha Coakley. Tea Party Express blanketed Massachusetts with a TV ad blitz that helped propel a dramatic surge in the polls for Brown’s campaign and earned him a role as the successor to Democratic-King Pin, the late Senator Ted Kennedy.

Despite the rhetoric that 2012 was a disappointing election, the Tea Party movement, through the political leadership of Tea Party Express, actually managed to have success. Tea Party Express helped elect 27 Tea Party conservatives to the freshman class of the House of Representatives. Additionally, conservative influence expanded in the Senate by adding three new Tea Party members.

2014 proved to be incredibly successful as well. Through the 10 state “Fighting for Liberty” bus tour and other campaign efforts, Tea Party Express helped to elect nine new conservatives to the U.S. Senate, consequently removing Harry Reid as Senate Majority Leader, while also greatly expanding the number of strong, principled conservatives in the House, where conservatives now hold more seats than at any time since 1928. 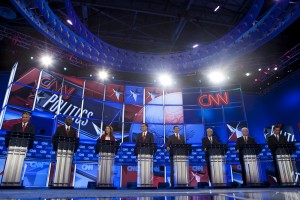 Tea Party Express’ relevance to the national political discussion can be seen by its presence in news accounts on almost every important fiscal and governmental issue facing America today. Through organizing the Tea Party State of the Union responses with Congresswoman Michele Bachmann, Herman Cain, Senator Rand Paul, Senator Mike Lee, and, most recently, Congressman Curt Clawson, to co-hosting the historic CNN/Tea Party Presidential Debate, Tea Party Express has fought for Tea Party principles to sculpt the political dialogue of our nation. 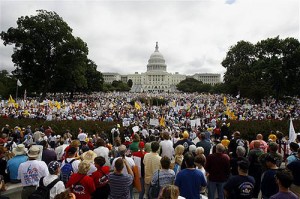 The giant crowds that have turned out at Tea Party Express rallies, combined with the string of election victories in 2010, 2012, 2014, and 2016 that have shocked political observers, have provided indisputable proof of the size and significance of the Tea Party movement and more significantly the Tea Party Express’ ability to funnel that passion into electoral victories, which even the generally liberal news media cannot ignore. Even in the 2018 elections we managed to advance more Tea Party candidates into vital positions all across the nation.

As the movement marches towards another historical election cycle, Tea Party Express will continue fighting against the out-of-control spending and intrusive big-government policies that are still prevalent in Washington, D.C.