I caught Sarah Palin on Fox & Friends Monday. Wow, talk about a breath of fresh air. While listening to Palin speak on various issues and Obama’s scandals, something occurred to me. Palin on TV fills a desperately needed void. Palin communicates in plain English, free of the usual guarded TV political speak. Palin fearlessly nailed Obama and company with the truth. Folks, I can not express how good and hopeful I felt. 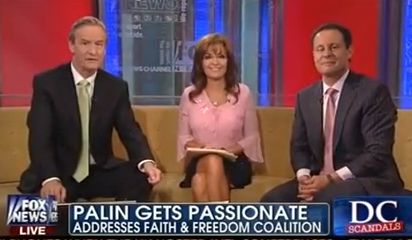 Palin boldly defends our side (conservatives and the Tea Party). We have been kicked around by the Left and the mainstream media with little to no push back. With the exception of a few, conservatives seem to be always on the defensive, apologizing or trying to prove we do not hate blacks and Hispanics. It makes me sick.

Despicably, the MSM and the dirty Democrats plant, water and nurture seeds of hate – growing their army against the Tea Party who are simply regular Americans defending the Constitution and our God given freedoms.

As a black activist in the Tea Party, I am so sick of the Left putting us back on our heels with their evil lie from the pits of hell. In my five years of active duty in the Tea Party, I know and love the wonderful extraordinary patriots I have met at tea parties across America.

In no way is hate a motivating factor. The truth is quite the opposite. The Tea Party Movement is motivated by love – love for the greatest nation on the planet and a deep desire not to see it transformed into Obama and company’s desired socialist/progressive, welfare state and Godless pile of liberal crap.

The evil Left knows the truth, but spreads their lie claiming opposition to Obama is all about “hate” to divide the country.

Palin spends no time apologizing for who we are and what we stand for. She stays on offense. God, I love this woman! She is back, Tea Party! Sarah Palin is back!