I am in a hotel room in Boston. My team, Conservative Campaign Committee, is here filming a TV ad to help conservative candidate Michael Sullivan in Massachusetts.

I just returned from dinner. Checking my email and listening to a recap of the Rush Limbaugh radio show, I find myself fighting a deep sadness for my country. At every turn, it appears the Left is winning the battle for our culture, moving toward the end of America as we know it. 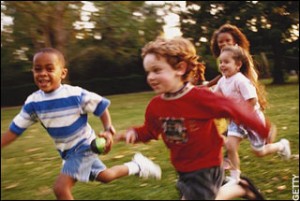 Far too many Christian churches have lost their salt and simply go along to get along, all in the name of love. Desperate and fearful after losing the election, too many Republicans are willing to sacrifice core values and principles in hope of winning votes.

Cultural and moral decline are running rampant. Where is the push back? Some say forget the culture and focus on economic issues only. The economy and the culture are linked.

My heart is heavy, but what can I do? Do I give up? God forbid.

The reality is the efforts of my team and all who love America are needed more than ever. Rather than allowing hopelessness to triumph, my resolve is strengthened to fight with every fiber of my being to restore my country by putting conservatives in office and saying no “loudly” to every vile left wing attack on our culture.

Folks, I love America. I really, really do.