Two boys were assigned to shovel a stable full of horse manure. One of the boys was depressed. The other enthusiastically shoveled with glee. “Why are you happy?” asked the depressed lad. His happy associate responded, “With all of this excrement, there must be a pony in here.” 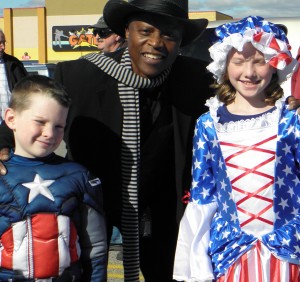 As a Christian, I must trust and believe that God has a pony in allowing Obama to be reelected. Therefore, I will not join those who think we have lost the battle for America. Nor, do I subscribe to the nonsense that our Tea Party values are extreme. Our values are aligned with the human spirit. They are right and just.

In a recent article, I said Obama appeals to three groups: the clueless, entitlement addicts and racists. While entitlement addiction and racism played a role, I believe the vast majority of Obama voters are clueless because the mainstream media protected him.

Obama winning a second term is insane. Based on his horrible lapse in leadership regarding Libya, attacks on Christianity, attacks on business, assaults on freedom hidden in Obamacare and crimes against our Constitution, an informed America would not have given Obama four more years.

Like you, my fellow patriots who love America, Mary and I are hurt, disappointed and a bit mopy. But my resolve to fight to restore Godly principles and freedom back into my country is stronger than ever.

God is still in control and things can turn on a dime. In the Bible, Joseph went from being eternally doomed to prison to standing before the King in one day. That meeting led to Joseph becoming a ruler, second only to the King. God always has a plan.

Patriots, we have much work to do. Along with informing a clueless public, we must drag a weak-kneed Republican Party back to supporting the Tea Party principles and values that won them the House in 2010.

At risk of infuriating those who are so depressed by Obama’s victory that they require suicide-watch, I believe God has a blessing/pony hidden in Obama winning a second term. My faith requires that I trust God.

Some say this election confirms that we have become a nation of entitlement junkies. I think not. Despite the left’s best efforts to spin the election to mean the American people support Obama being the Robin Hood president, most Americans instinctively know that Redistribution Road does not lead to a prosperous nation. I believe many Americans are simply clueless of the truth and what is truly going on under the iron fist of the Obama Administration.

As I stated, we have much work ahead and must defeat three mighty foes; the Obama Administration, the mainstream media and a Washington establishment-minded Republican Party. Admittedly, our task is Herculean.

However, God and us are a majority.