Mary and I accepted Becky’s gracious offer to use her condo for a week of relaxation. The panoramic view of the Gulf of Mexico from the balcony is breathtakingly beautiful. The spectacular scene of varying shades of blue sky and alive water is always in a continuous state of change. From our high vantage point, we realized that the gulf is a mirror reflecting the heavens, gifting the sky an opportunity to behold it’s own glory. 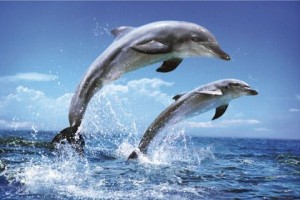 We were thrilled to witness a pod of dolphins swimming in one direction across our view in the mornings and swimming in the opposite direction in the evenings. Their amazing water ballet featured dolphins two by two, in unison, gracefully leaping into the air and reentering the water in one silky smooth movement.

Surfing the TV channels, I caught the media frenzy over stupid statements made by Republican Todd Akin. One could only conclude that Akin was the most important news story on the planet. This is yet another example of irresponsible, reprehensible and sold-their-souls-to-the-devil behavior by the mainstream media. Their motto is anything that helps Obama or makes Republicans look bad must be exploited to the max. So Akin will receive 24/7 coverage until they have milked every ounce of negative PR for Republicans out of the story.

Remarkably, the mainstream media functions as if getting Obama reelected trumps everything including world affairs, national security, the U.S. economy and nation race relations.

While our media imitates sharks responding to blood in the water ripping apart Akin, Iran unveiled a new upgraded missile. In response, Israel is talking about possibly attacking Iran. Food and gas prices continue to skyrocket. Mary said, “Can you believe a quart of mayo is five dollars on sale?” One in seven Americans are on food stamps.

As I stated, even national race relations is fair game to be sacrificed for Obama. For example: The mainstream media has ignored the New Black Panthers’ call for violence on Republicans at the Republican National Convention in Tampa.

The New Black Panthers’ rant on a radio program against Republicans was vile, profane, racist and hate-filled. And yet, we have not heard one peep of rebuke or denouncement from Obama, the Democrats or the mainstream media. The Panthers outrageously and absurdly claim that Republicans hate black people. Therefore, the Panthers claim moral authority to say to the RNC: our “Feet will be on your motherf***king necks”

Judging by their silence regarding the Panthers’ hate-filled threat of violence on whites, one can only conclude that the Obama camp believes that the New Black Panthers ginning up hatred in blacks, against white Republicans is good for Obama’s reelection. So what if their evil lie rhetoric sets back national race relations, inspires violence and furthers racial division. The Obama camp is not going to look a gift horse in the mouth.

The Obama justice department and mainstream media simply yawned when the New Black Panthers broke the law by putting a bounty on the head of George Zimmerman. Could the under reported epidemic of black flash mob attacks on whites across America be the fruit of the mainstream media supporting Democrat race-baiting and ignoring New Black Panthers threats of violence? http://www.wnd.com/2012/06/chicagos-unreported-race-war/

This is the evil we good people of America are up against folks. It truly is a war of us against them who harbor evil intentions. This election is not politics as usual; Democrats vs Republicans fighting for control of America’s purse strings.

Given their obvious agenda to reelect Obama, lack of fair and balanced analysis and refusal to report news which really affects our lives, I have no, I repeat, no respect for the mainstream media. My gag reflex is growing increasingly weak watching small minded arrogant people on TV pontificating about premises which are flawed at their root; such as, all opposition to Obama is racist.

This week, it was 24/7 coverage of Akin. In these days leading up to the November presidential election, expect the mainstream media to triple down on their coverage of minor stories that they believe will help Obama while ignoring major news that impacts our lives.

The New Black Panthers are pushing for a race war. And yet, the president, his justice department, the Democratic Party and the mainstream media say nothing. Absolutely contemptible.

Hang in there my fellow patriots. God is still on our side and we will defeat this evil come November. May God bless you and the United States of America.