What Obama Has Brought to You!

Obama is on pace to add $6.2 Trillion to the national debt in his 4 year term. That is more debt than the nation accumulated from George Washington’s first day as President until the end of Bill Clinton’s last day, combined. 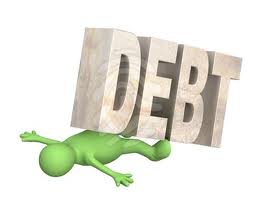 Has anyone asked what did we get from all this debt? Did Obama’s extra $800 Billion “stimulus” spending work to end the recession? Adjusted for inflation, it was nearly five times more expensive than FDR’s Great Depression Works Progress Administration; it was bigger than the Louisiana Purchase, the Manhattan Project, the moon race and the Marshall Plan. Did we put people to work, buy land, invent new technology, put a man on the moon, or save Europe from communism? Nothing so grand, in fact it failed to do even what we were told it was for — to bring about a strong, sustainable recovery, and prevent unemployment from ever going over 8%.

The government claims the recession ended in June of 2009, before the stimulus money was spent. Regardless, unemployment has been above 8% for the past 36 months. So what did we buy?

The Federal government printed money for the State governments who can’t, but it was only for one year, while it was spent for ongoing costs. That’s like borrowing on your credit card this month to pay your mortgage, next month the mortgage is due again but the credit card is already maxed out. Now how do the State’s pay? Thus it delayed rather than prevented teacher and state bureaucratic layoffs. The state layoffs came anyway. What Obama bought you — was debt.

Obama billed the stimulus as a program with “shovel-ready” projects to rebuild “our crumbling infrastructure.” As we learned later, even Obama had to admit that the infrastructure projects were not “shovel ready.” What Obama bought you — was debt.

The largest single item in the “stimulus” was a $116 billion tax reduction dribbled out in employee paychecks at about $10 a week. This had no discernible impact on economic output. It was a waste and it was the biggest single item. What Obama bought you — was debt. Perhaps a large tax cut for employers who create jobs would have worked to boost the economy, but Obama always opposes that. Spread out in tiny increments, lower payroll taxes do little to overcome the prevailing fear of losing a job, a home that has loss value, and years of retirement savings being wiped out. 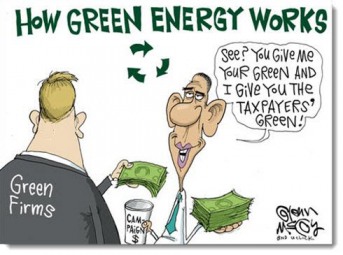 Obama’s “stimulus” spent money beginning long-term projects like “clean energy,” electric cars and high-speed rail — things that can’t be done for decades and thus can’t impact the current level of unemployment. But he didn’t produce any of these projects; Obama only began a commitment for future deficit spending on each. There seems little chance Obama will get these programs passed so the money spent in anticipation was only wasted. What Obama bought you — was debt.

Obama’s record failures creating the world’s largest debt, never-ending deficit spending, chronic unemployment, a collapsing housing market and the skyrocketing price of gas are the issues to debate and solve. Obama can’t wait for another term planning more spending, announcing more government agencies. But ask yourself: can you take four more years of this?